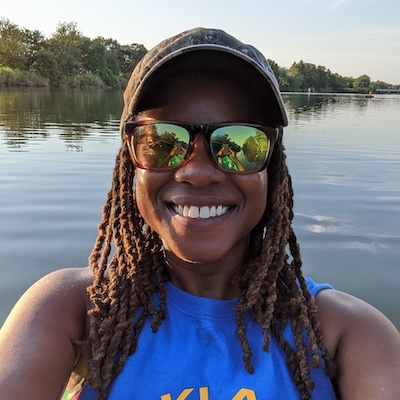 <em>Tōsh (they/them) is an educator from Vidalia, Georgia, who currently lives in New Orleans. They’re a doctoral student in urban studies within the City, Culture, and Community program at Tulane University.</em>

I was interested to chat because in your research interests you mention urban development and specifically its effect on rural places. But I’d love to start with your personal experience of that. Could you talk about having a more rural upbringing and then transitioning to urban environments later on?

For me, when I left Vidalia and went to [Washington,] DC, what struck me most immediately was how depersonalized things felt in DC when it came to city infrastructure. In my hometown you’ve got your fingers in everything. You know the superintendent of the school district - you probably go to church with them or are friends with their child. You’ve eaten dinner at the Mayor’s house. There are so many different interpersonal connections, so if something were to come up in the school or in the grocery store there’s always a chain of accountability that is sort of easily followed. And people are aware of that. Then when I moved to DC that wasn’t the case. I was watching a school district where if you really wanted to be involved as a parent, it wasn’t something passive. You really had to be super active about it. It’s very possible that your teachers are people that you don’t know, or that live far away from you. So the stakes that they have in their classrooms and with each other - it’s just a different way to navigate a space.

And so I thought a lot about how urban spaces have a lot to learn from rural communities, because of how tight-knit rural spaces are. That was something that I always brought with me to urban spaces: a sense of community, and how we engage as a community, and what community looks like. That still means a lot to me as somebody who is moving to a different place - how do I bring community with me, or how do I build community around me? I honestly think personal accountability has been a really big thing for me in terms of what that looks like. Whenever I think about the juxtaposition of where I grew up and where I ended up, that’s a lot of what I think about: how we remain accountable to each other and how that looks, depending on where you are.

That’s super interesting. When you say learning a lot of lessons from rural spaces - being slightly imaginative for a second, what do you think that could look like in urban spaces?

What’s been really on my mind right now is just building things together. Do you know about Earthships?

Earthships are these homes, and they’re constructed out of recycled materials. That’s the outside of the structure, and then inside the structure it self-regulates. There’s a garden inside and the water filters through the garden. That’s the water you drink and the water you use to bathe. And it’s all run by solar energy. So the whole idea is that the community, whoever’s living in the dwelling, builds it together, and then it lives as you live. You eat the food that grows inside the home, you use the bathroom as fertilizer that then goes back into the ground. It’s just a fully self-sustaining home structure. That is a very good illustration of how I think a community should operate, because it incorporates that accountability piece - we’re all responsible and accountable for this. And literally we’re creating and producing only what is sustainable and what is within our means. We’re not leeching off of some other resource or anything.

When I think about community spaces, that’s what I think about. How do we get together and think collectively, build collectively, and then sustain collectively? I think that can look like a lot of different things. It can look like institutions, like a school or a church, a neighborhood association. It can look like creating a dance space or a space for people to listen to music. I’m a big believer in thinking about consumption versus creation, and I really believe that the creative process is super important. And to really be cognizant of how much you’re consuming, because I think it’s very easy to go to new places and just consume consume consume. A key aspect of building community is that piece about creation.

And what do you think are some of the challenges or barriers to that type of community building?

I think a willingness to build authentic relationships is a big barrier. It’s tough to be vulnerable in that way. You are risking rejection when you do that, and no one likes to be rejected. At least for myself that’s what I’ve noticed. A lot of the anxiety around it for me is not wanting to put myself out there like that. And then especially in academia I feel there’s a problem with people feeling like they have to pretend to be from somewhere that they’re not, or to be something that they’re not in order to plug into a community that they might want to change or might want to serve. So that piece about authenticity is so real for me. An awareness of who you are and what you bring to the table is so important. That kind of self-awareness is key, and can sometimes be a barrier to building [community].

I think about my time in the classroom and how in my first year of teaching I was like, I gotta know everything and I gotta be an authority figure. Once all of that kind of fell away, that’s when I was a better teacher. I was better at connecting with students. I was better at helping them become their best selves. I could just sit within my own skin and be like, this is who I am, this is where I come from, these are my quirks, and let that speak for itself rather than trying to verbally define who I am to people over and over and over again. That sense of authenticity, not being afraid to be vulnerable, those can be the biggest challenges that I see.

I like that so much. Something else I like to focus on and talk about on the blog is caring for different communities and showing up for them, whether that’s in an activist lens or however it manifests. I’m curious to ask, as you’ve moved through these communities, going again with our rural / urban narrative for the moment, has that changed at all through your life and through these spaces?

When I’m thinking about caring, it brings up different things for me when thinking about urban versus rural. I think when people think about rural they think of agriculture and farming and the land. Food from the ground is plentiful, everybody should be able to eat, and so that’s one of the ways that we’re caring for each other. I used to shell peas, clean out greens, pick tomatoes. We’d have all this food, and you just exchange it with other people, and that was caring. And then I think about caring in urban spaces, and again talking about food and feeling like there’s a scarcity of that - how do people get access? And so trying to advocate for access to fresh food, that becomes caring. Trying to advocate for safe living conditions, and clean drinking water, that becomes caring. And so there is activism to that lifestyle, from what I’ve experienced.

And then connecting all of this to your studies, what do you hope for in terms of that?

It’s urban transformation, definitely. I’ve been thinking a lot about the intersection of Black liberation movements and ruralism. This idea of back to the land, this idea of having ownership over a space that is separate from this capitalist structure - that has been big for me recently. And of course outcomes for Black youth and Black people in general, that’s there too. But I think all of it feeds into one another. When you eat clean, when you have clean drinking water, when you have a safe place to stay, when you’re breathing air that is not toxic, you can learn more, and you can be more active, and you can show up for your family and for yourself in a more productive way. So I think about this back-to-the-land ruralism, how that gives birth to liberation movements that are pretty distinct.

I’m curious to ask too about knowing that you specifically grew up in the South and then have spent some time living in Northern cities as well, do you sense that there’s any difference there, in terms of some of the things you were just mentioning? I’m thinking of this because there was a social media post I saw over the summer about the Southern Black experience and how it’s maybe not talked about as much in terms of some of these narratives that are now quite popular. I was just curious if that resonates with you at all?

That’s tough, there’s a lot to unpack there. What immediately comes to mind for me is that there is something to be said - in general, we look at the South as a backwards place. We look at the South as like, people with Southern accents aren’t as smart, people from the South are super racist or complicit in racism. I think there’s a lot of stereotypes there. For Black folks, there’s a narrative about Black people who got out, and then it’s like... well why did you stay down there in that backwards place? Recently what I’ve been thinking a lot about is how leaving the South for the North is like getting closer to whiteness, because it’s getting closer to industry, to factory work, to capitalism. You’re leaving being able to produce your own food, being able to build your own structures, being able to have your own livestock to go and participate in the industrial North. And so it’s not just distancing yourself from the South, it's distancing yourself from Blackness in a way, and getting closer to what it feels like you should be under this capitalist structure. I do think it’s not talked about because you don’t talk about things that you’re leaving behind. People want to talk about what they see as progress and what they see as success. But I do think it’s important for us to circle back and think about what the South brings up and what the South has produced, not just because the ground is fertile, but it’s literally a fertile place to be when we talk about ideas and talk about people and diversity and different ways of life. And I don’t think you can talk about Black experience in terms of a timeline without talking about the Black South, even if it is painful at times to talk about. It is definitely intrinsically part of the African-American experience.

Questions for Reflection: How can you bring creation and accountability to your personal communities? In what ways are you living out 'building together'?

Feel free to send any of your thoughts to placeloveproject@gmail.com. You can also sign up for our weekly mailing list by clicking here - this is the best way to keep up with new Place/Love interviews, essays, and more!